The Sr. Pan American karate championship took place on Oct. 21-23, 2021 in Punta Del Este, Uruguay, after two years of cancelation due to COVID 19. The Uruguay karate federation did a great job of hosting the championship in a very short notice. Although the country was still closed to the tourist but the special government authorization made it possible for over 22 countries delegates and competitors make to the Uruguay and compete in 2021 Sr. PKF.

Our own Kamran Madani represented USA in -84Kg and after defeating Argentina, Costa Rica, Venezuela and Guatemala, made his way to the final against Guatemala. Regretfully, over a questionable and missed head kick, his opponent took the lead and Kamran finished the match winning silver medal. His performance was amazing and with great strategy and technical ability, he made it to the podium. Well done Sensei Kamran!

He also competed in the male team kumite matches on the last day of the competition. The US team defeated Chili, Colombia and Uruguay and made it to the final against Brazil. US finished winning silver medal after a close point lost to Brazil in final. Team USA finished over all in 2nd place in this championship. Great job! 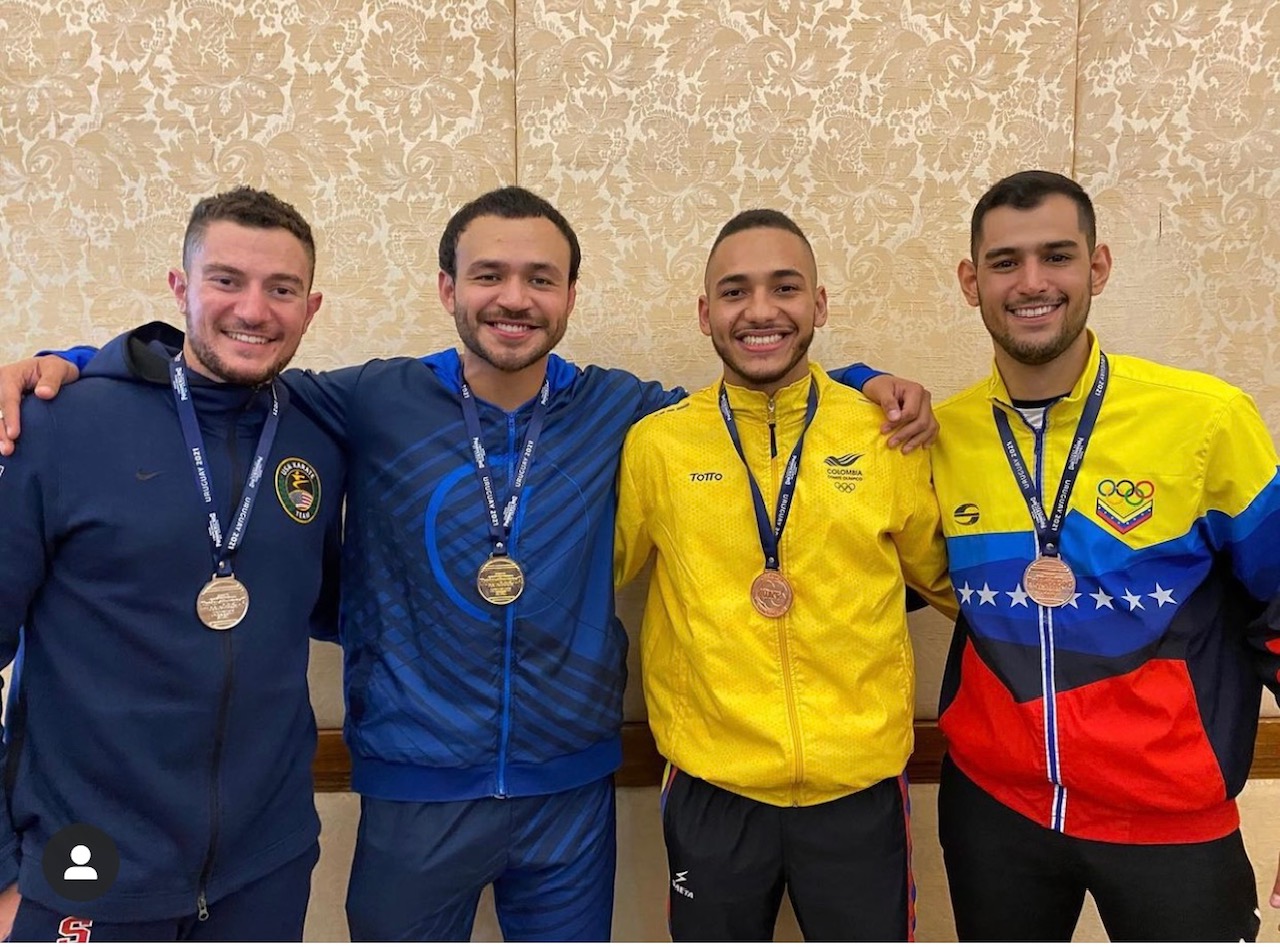