The 23rd World Karate Championship was held on Oct. 26-30, 2016 in Linz, Austria. The competition had the break record number of participants. Over 1100 top competitors from more than 120 countries across the Globe came together to compete in the first world championship after acceptance of karate as Olympic sport for Tokyo 2020.
The United States was represented with US team members across the nation who worked hard to represent USA in this prestigious competition. Regretfully, only women US team could stand on the podium and claim the bronze medal in the women team kumite.
Kamran Madani, who was selected as alternate team kumite member, prepared himself with an intense training workout for the last few months. Unfortunately he could not have any chance to compete as the first three team mates on his group lost to other first three competitors (from Azerbaijan). Kamran was assigned as 5th person to compete.
The result of this trip was not what he was hoping, but he is looking forward with more dedication to next year competition. 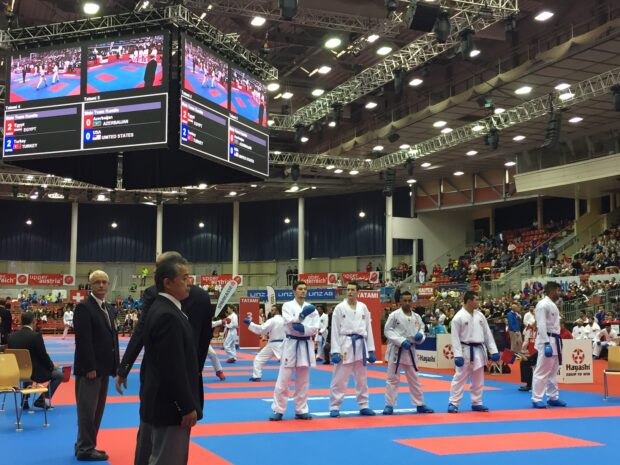 He is thankful of all the support provided to him from our IMA family and many other friends across the globe.