You are here: Home » News & Events » Featured » The decades best

The new chapter of “Karate’s Decades Best” comes this Friday to WKF YouTube channel. It presents one of the most thrilling finals in the recent history of the Karate World Championships.

The title-deciding clash featuring the two titans is so exhilarating that the original video of the bout has garnered no less than 6 million views on WKF YouTube channel. Both Douglas Brose and Amir Mehdizadeh engage in such spectacular demonstration of top-level Kumite, and the final has such an unexpected outcome, that the bout is regarded as one of the most gripping clashes in the history of the World Championships.

The memorable clash of titans is reviewed by Douglas Brose himself, who will relive his appearance in that memorable moment eight years later, and international referee Fariba Madani of the USA, who will give the interesting insight of the judges’ perspective, together with WKF TV Commentator Billy Brennan.
Click below to see the entire video: 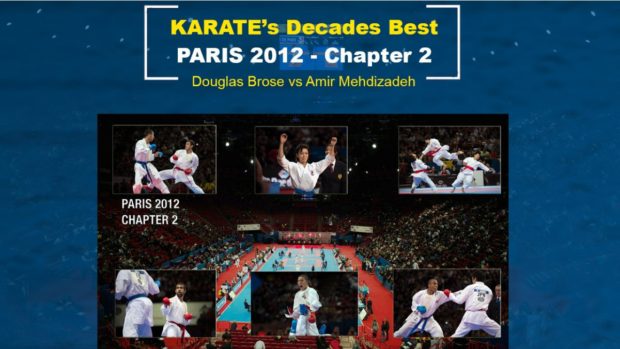