I.M.A. Honbu dojo was represented by 10 athletes at the 2015 USA Karate National Championships and Team Trials in Fort Lauderdale, Florida. 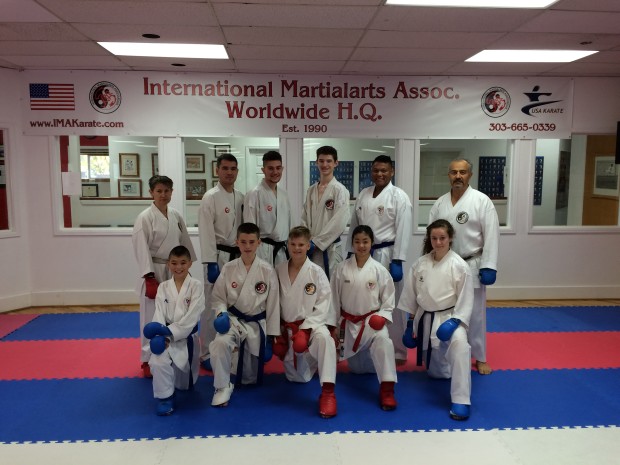 Each I.M.A. competition team member had an outstanding performance. Kamran and Kelara won Gold and Ewan placed bronze medal on the Jr. team trials. David and Kamran both made it to bronze medal in the Sr. Team trial divisions which qualified them to compete next February for 2016 USA Sr. team trials.

Kamran and Kelara will represent United States Karate in the upcoming Junior World Championship in Indonesia in November, and Kamran will be also competing at the Pan American championship in Bolivia at the end of next month.

They both had the privilege of competing on the stage for the finals on Sunday night with a live broadcast over the internet. They both successfully defeated their opponents and earned the Gold medal.

The results of the four days of competition are as follows:

Our big thanks and a round of applause go to our coaches: Thai Sheridan, David Muhammed, Vince Quiachon and Kamran Madani, and all members of our national team who did a fantastic job!